UNKNOWN TONE, a "Midwest label exploring the surreal", a husband-and-wife team out of tulsa, an audio engineer and a metaphysical scientist / classically trained violinist - that's a hell of a team it would seem, an ideal operative pair perfectly suited for their mission - "avant-garde blended with film noir as expansive and isolating as the Oklahoma prairie"

also, a behind-the-blog note - SARAH REID was one of the local artists i approached when assembling the inaugural PSI LAB batch more than three years ago -wow that's somehow already three years ago- i liked what i had heard but it didn't pan out

ENO's APOLLO by way of STARS OF THE LID is a proven formula no doubt, though one could make the argument that there's plenty of that already out there and/or it's a league where the greats separate themselves from the pack too much to fairly consider the not-quite-as-greats - all of that might be fair -then again it might not be- but like folk guitar music, for me, if the execution is on the money then i gotta have it and REGAN is absolutely right on the money here - A WARM ROOM challenges KJ's WAKE [REC# 138] for the best "classic ambient" album i've heard in the decade since SOTL called it quits or went on hiatus or whatever, right there alongside all time favored cassette DAVID ANDREE's IN STREAMS

there's neatly incorporated and brilliantly reserved embellishments akin to ANDREE & MASON's CALL RESPONSE or some of UNKNOWN TONE labelmate DANNY CLAY's work, echoing the peculiar style of "oklahoma minimalism" as heralded throughout UNKNOWN TONE's catalog as well as fellow tulsa label SCISSOR TAIL particularly early titles before they congealed into an overtly folk enterprise, like GOLDEN PAWN and NEW HONEY SHADE -aka MARK KUYKENDALL- and head honcho DYLAN AYCOCK's output as TALK WEST - given the pedigree a hundred miles northeast, it is a bit curious that this sound emanates from norman where the experimental scene in general seems more brazen and moody, perhaps more receptive to oklahoma's proliferation of weirdo pop/psych/punk - DEBRIS, CHAINSAW KITTENS and of course the LIPS whose influence despite half life dissipation may be forever inescapable - then again SARAH REID and LAINE BERGERON aka SHAMELESS FRIEND are based in norman, and other likeminded folks i'm sure - this just seems a bit more counter to the (counter?) culture and to me sounds more at home on a tulsa label -- but i won't pretend that i know the ins and outs of oklahoma music scenes - i don't go to a lot of shows, i don't actively seek out local music in particular, i just seek out music tuned to my wavelength, and A WARM ROOM is most certainly that 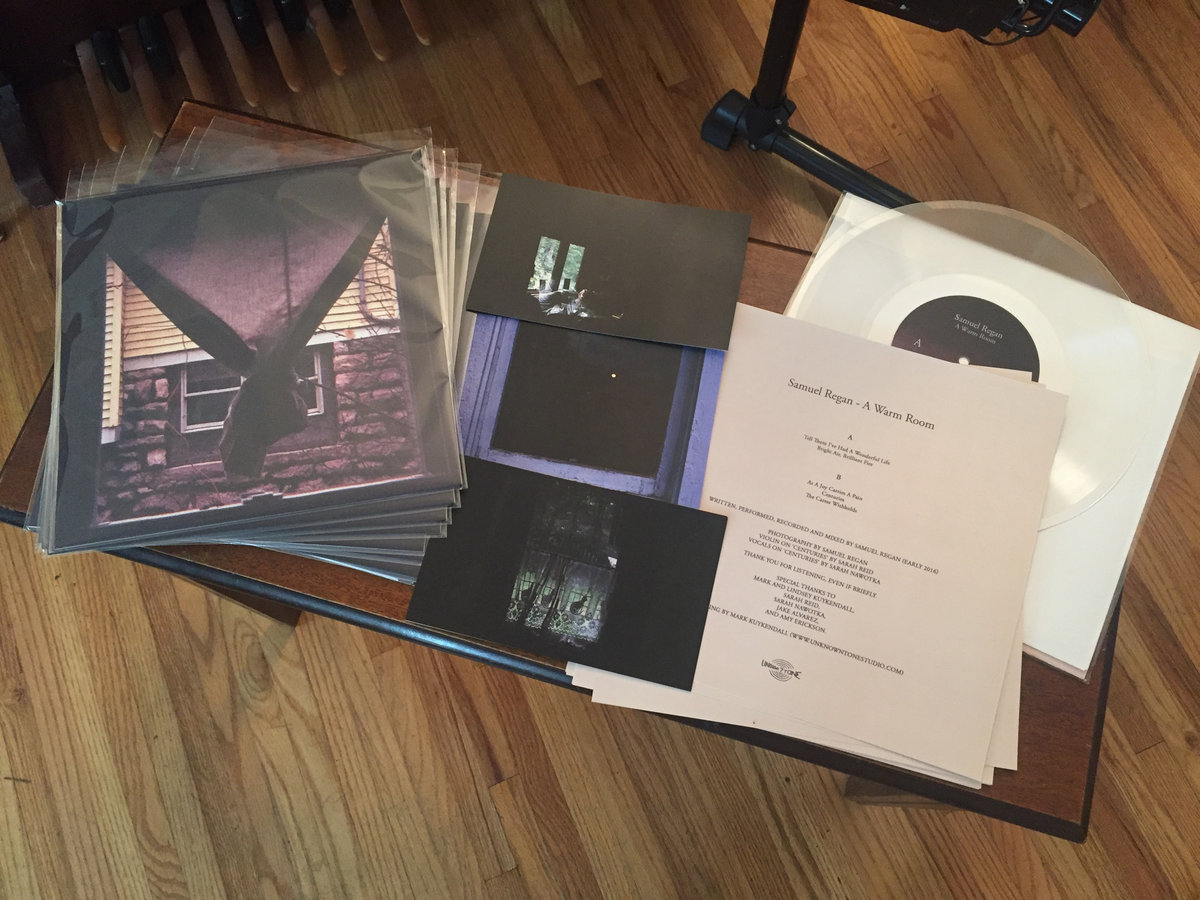 https://sarahreid.bandcamp.com
Posted by PSI LAB at 17:09